Established in Sydney by Greek immigrants in 1957, Sydney Olympic Football Club has been and continues to be a major pillar and a leading contributor to football in Australia as well as a nursery to many of its finest talents.

The founding date of the Club is set as 28 November 1957, as this was the first meeting of Club Founder Christos Giannakoulias with several other influential protagonists at his home. It was decided there, that the newly formed team would be known as Pan-Hellenic. In its first season in 1958, Pan-Hellenic found itself in the NSW 2nd Division, which at the time was split into 2 groups - Western & Eastern.
For season 1959, the Federation did away with a Finals Series and promotion playoffs, instead awarding promotion to the club which topped the competition table after the 26 rounds.
In 1960 Pan-Hellenic reached the Grand Final again, but would go on and lose to Polonia 2-1. Finally earned promotion to the NSW 1st Division for 1961. For 1977 the club became a pioneering founding member of the National Soccer League, and also changed its name to Sydney Olympic.

Sydney Olympic had a tough initiation into National League Football in 1977, finishing 3rd last. 1978 saw a vast improvement from Sydney Olympic as it finished in a much-improved and respectable mid-table position. The 1980s for Sydney Olympic

Seasons 1981 and 1982 were a period of stabilisation for the club. The mid-1980s are generally referred to as a Golden Era for Sydney Olympic. It was exciting times and the club was on a high.
Between 1983 and 1986 Sydney Olympic played in 4 consecutive National Finals. Sydney Olympic bounced back in season 1988 to finish 5th.1989 would prove to be a bitter-sweet end to the decade for Sydney Olympic. Back To The State Leagues

The 2000s saw Olympic's fortunes take an upturn. In season 2000/01, Sydney Olympic finished 4th. Season 2001/02 saw the club move base again. The 2002/03 season saw Sydney Olympic win its first ever Minor Premiership by finishing on top of the NSL ladder.
Following the demise of the NSL in 2004, Sydney Olympic participated in the 2004/05 NSW Premier League season. 2007 was a special year for Sydney Olympic as it celebrated the 50th anniversary of its founding. In season 2009, Sydney Olympic dropped back down the ladder, ending the season in a disappointing 8th spot. Tough times at the moment for so many, we wish all our fans, players and families the very best and stay strong and together. 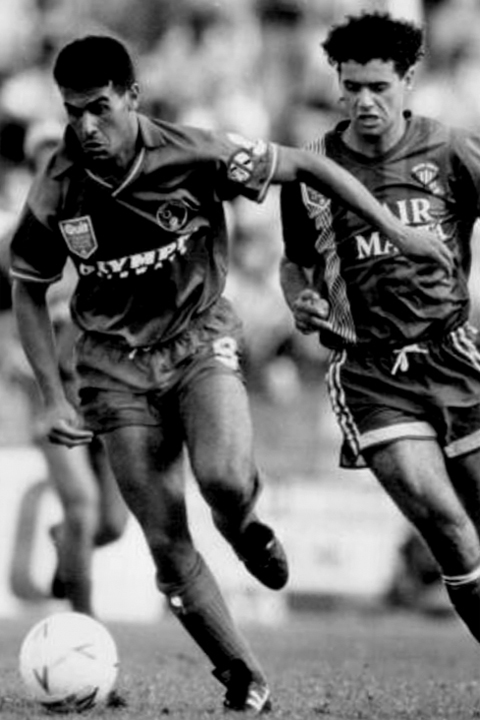 THE PAST, THE PRESENT, THE FUTURE – “WE ARE OLYMPIC”